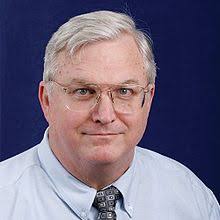 Three artists are featured here. First, Vincent Bugliosi, who prosecuted Charles Manson and was hands down one of America’s greatest trial lawyers, having successfully prosecuted 105 out of 106 felony jury trials (including 21 murder convictions).

The second trial lawyer is Francis L. Wellman, an Assistant District Attorney and trial lawyer in New York who became famous for his skills as a trial advocate in the late 1800s and as the author of The Art of Cross-Examination, which is still in print today.

The third is George R. (Bob) Dekle, Sr., who served as an Assistant State Attorney in Florida’s Third Judicial Circuit from 1975 through 2005, during which time he prosecuted serial killer Ted Bundy resulting in a conviction of Bundy and the death penalty. Dekle is the author of several books, including Prairie Defender: The Murder Trials of Abraham Lincoln and Cross-Examination Handbook: Persuasion Strategies and Techniques (I am Bob’s co-author along with William Bailey).

I have repeatedly recommended Bugliosi’s book about the O. J. Simpson case, entitled Outrage: The Five Reasons Why O. J. Simpson Got Away with Murder because it is a guide for how to craft closing argument. Trial lawyers can take gems from this treasure trove of arguments and polish them for their own use. When Bugliosi’s book editor asked him to write out the closing he would have given if he had prosecuted Simpson, Bugliosi declined, saying that it would be unrealistic because he normally put three to four hundred hours into prepping his own closings and for that case the closing would have filled a thousand pages of transcript. Instead, he wrote out some of his arguments, which are in bold type in the book. Bugliosi’s “Final Summation” chapter is jammed with arguments and runs a hundred pages.

In the past, I quoted arguments from Bugliosi’s book as jewels that could be stolen. Little did I know at the time that Bugliosi has stolen them. Dekle’s book identified Bugliosi as the perpetrator of thefts from Wellman.

Sometime back, I wrote:

Octopus Analogy – This is one that, as Bugliosi stated “would have been ideal for the Simpson jury at the beginning of closing argument. . .” Here is Bugliosi’s argument:

“I wonder if any of you folks have read Victor Hugo’s account of the octopus. He tells us of how it doesn’t have any beak to defend itself like a bird, no claws like a lion, nor teeth like an alligator. But it does have what could be called an ink bag, and to protect itself when it is attacked it lets out a dark fluid from this bag, thus making all of the surrounding water dark and murky, enabling the octopus to escape into the darkness.

“I intend to clear up the water which defense counsel have sought to muddy, so that you folks can clearly see the evidence, the facts, the issues in this case, so that you can behold the form of the retreating octopus and bring this defendant back to face justice.”

Now, that’s a compelling analogy that Bugliosi modified slightly to fit a situation where the other side has set out to confuse and confound.

Little did I know when I wrote the article that Bugliosi had stolen it from another great artist—Francis Wellman. Bob’s Six Capsules, on page 152, describes Wellman’s summation in the prosecution of Carlyle Harris:

“Wellman first observed that when Taylor (defense counsel) pointed out the prosecution’s failure to prove that Harris had worked as an actor, he tacitly admitted that the prosecution had proved everything else that Wellman had said in his opening statement. He next mentioned that Taylor had promised ten days of defense testimony and delivered only two, and the defense that was presented was like the defense of an octopus. When attacked by a predator, the octopus sprays a cloud of black ink to befuddle its attacker and slips away in the confusion. The defense was nothing more than a cloud of black ink, and the jury should not allow the defense to escape into that cloud.”

Bob, as always, contributes his sage advice to the reader r concerning the use of this octopus argument as follows:

“. . . Prosecutor today still use Wellman’s octopus analogy, but it is a strategy that is fraught with peril. Appellate courts will sometimes approve the octopus analogy as fair comment on the defense, but not always. This is especially true when the prosecutor is the guardian of the truth. . .”

Also, in a prior article, I discussed another of Bugliosi’s arguments—the Rope Analogy as follows:

Rope Analogy – This is an argument that Bugliosi writes that he gave in a double-murder case and that the prosecutors could have used in the Simpson case:

“Circumstantial evidence to the contrary, is like a rope. And each fact is a strand of that rope. And as the prosecution piles one fact upon another we add strands and we add strength to that rope. If one strand breaks – and I’m not conceding for one moment that any strand has broken in this case – but if one strand does break, the rope is not broken. The strength of the rope is barely diminished. Why? Because there are so many other strands of almost steel-like strength that the rope is still more than strong enough to bind these two defendants to justice. That’s what circumstantial evidence is all about.”

Where can you find the artwork of great trial lawyers? Here are some resources for great opening and closing arguments:

Naturally, at the top of the list are Bugliosi’s books: Outrage: The Five Reasons Why O. J. Simpson Got Away with Murder and Helter Skelter.

Next on the list is Joel Seideman’s In the Interests of Justice. This book includes transcripts of notable cases with trial lawyers effectively advocating with storytelling; analogies; phrasing; humor; pathos; logic; themes and so much more.

Redeeming the Dream: Proposition 8 and the Struggle for Marriage Equality by David Boies and Theodore Olson contains tips and examples of great advocacy.
Last on this short list is Bob Dekle’s Six Capsules.