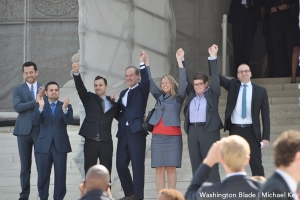 David Boies once again proved his preeminence as a cross-examiner in California’s Proposition 8 case. After driving out two of the other side’s experts when he took their depositions, Boies then turned the one remaining expert into his with his cross-examination at trial.

How does David Boies over and over again conduct devastating cross-examinations? The answer is that he uses the concession-seeking cross-examination technique that we describe in Trial Advocacy 4th Edition. This technique is founded on the proposition that the primary purpose of cross is to compel the witness to concede the truth.

This is not a new concept and approach to cross-examination. Emory R. Buckner expressed it well in a chapter in Francis Wellman’s seminal work The Art of Cross-Examination (1903):

“The purpose of cross-examination should be to catch the truth, ever an elusive fugitive. . .”

Boies embraces and applies the proposition that cross should aim to catch the truth. In an interview, Boies described his cross of the expert called in support of Proposition 8 as follows:

Boies: . . .To ask whether he agrees that not allowing gays to marry while children are being raised by gays is not good for the children, that’s a tricky question, because you narrow it down so that’s the only thing he can say. But you have to listen. If you pick the questions right, the only way to answer the questions to support what you want in the case is to lie. (in the interview, Boies noted that after the cross, the expert wrote an op-ed in the New York Times how he had become a supporter of gay marriage and the good it can do)

Interviewer: You really enjoy that. Boies: Oh yeah. No question because that is the way you get at truth. Cross-examination is probably the best way we have to really get at the truth. We put somebody on the witness stand, call them to answer questions and it takes an extraordinary person to be able to successfully lie without being tripped up.

For more on David Boies’ advice and his application of the concession-seeking method when he took Bill Gates’s deposition, click here.