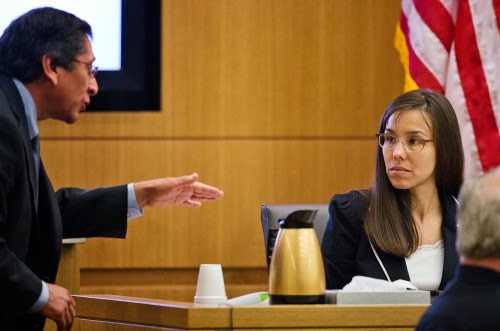 Where to Stand
Recently I (Bob Dekle) had my class doing practical exercises on concession-seeking cross-examination. See Cross-Examination Handbook for a discussion of the concession-seeking method.  Since we were in a mock courtroom, the non-performing students played the role of jurors and the witness took the witness stand. The first performer asked me if she should move the lectern to the middle of the courtroom so that the jury could fix their attention on her rather than the witness. She had been working in a law office, and she said that was what some of the associates told her she should do. I began by telling her that I was probably going to be giving her the minority report on this issue, and then I began to explain why I didn’t think what she suggested was such a good idea.
“I’ve been to lots of CLE classes on trial advocacy where the speakers taught that you should do this. The conventional wisdom is that on direct you hide yourself from the jury so they will focus on the witness and on cross you get out in front of them so they can focus on you. I understand why they say this, but I disagree.
“On direct, you want the witness to be the source of information, with you guiding the witness through the testimony, so naturally you would want the jury to fix their attention on the witness. On cross-exam, you want to be the source of information with the witness simply being there to agree with you and advance your case or disagree with you and destroy his credibility. Why shouldn’t the jury be focused on the source of information on cross just as they are on direct? Here’s why:
“On concession-seeking cross you’re asking questions that the witness can’t deny without looking bad. You want the jury looking at the witness so that they can see his distress as he makes disagreeable admissions or see him sweat as he tries to dodge those disagreeable admissions. If the jury sees the witness sweating blood over admitting something helpful to your side, the assertion becomes more believable for the witness’s distress. If they see the witness squirming as he tries to avoid admitting the obvious, they begin to disbelieve the harmful things the witness has said on direct. They miss all this if they’re looking at you and not the witness.
Smoke and Mirrors Cross-Examination
“There is only one time that I can think of where it might be desirable to make yourself the center of attention on cross. If you’re doing a smoke-and-mirrors cross trying to discredit a truthful witness, the last place you want the jury looking is at the witness.”
Just as the Wizard of Oz wanted Dorothy to pay no attention to the man behind the curtain [i.e. the truth], the smoke-and-mirrors cross-examiner wants the jury to pay no attention to the witness [i.e. the source of truth].
I went on to give the student another opinion that might run against conventional wisdom. I advised against the smoke-and-mirrors style of cross. First, it’s dishonest to pretend a fact is untrue simply because it is disagreeable. Second, most moderately intelligent jurors can tell when you’re trying to make green look red, and you’re going to destroy your credibility with them. Third, I think you can make more headway by trying to mitigate the disagreeable fact than by trying to disprove it. Fourth, no witness ever took the witness stand who didn’t have information helpful to the other side. You score more points with a jury by corkscrewing that information out of the witness. Remember, we’re talking about the cross of a truthful witness, and a truthful witness is going to reluctantly tell the truth even though it hurts his side. If the witness becomes untruthful in trying to avoid those helpful admissions, then the witness himself gives the jury reason to disbelieve the truth he said on direct examination.
There’s an old saying that cross-examination is more often suicidal than homicidal. If, instead of trying to impeach the unimpeachable witness, you work at a concession-seeking cross, he just may commit suicide and impeach himself by trying to avoid admitting the obvious. Your job in that situation is not to murder the witness, but to emulate good Dr. Kevorkian and assist the suicide.
By Ron H. Clark|April 20th, 2014|Concession-Seeking Cross, Courtroom Positioning, Smoke and Mirrors Cross, Your Chance to Testify|0 Comments