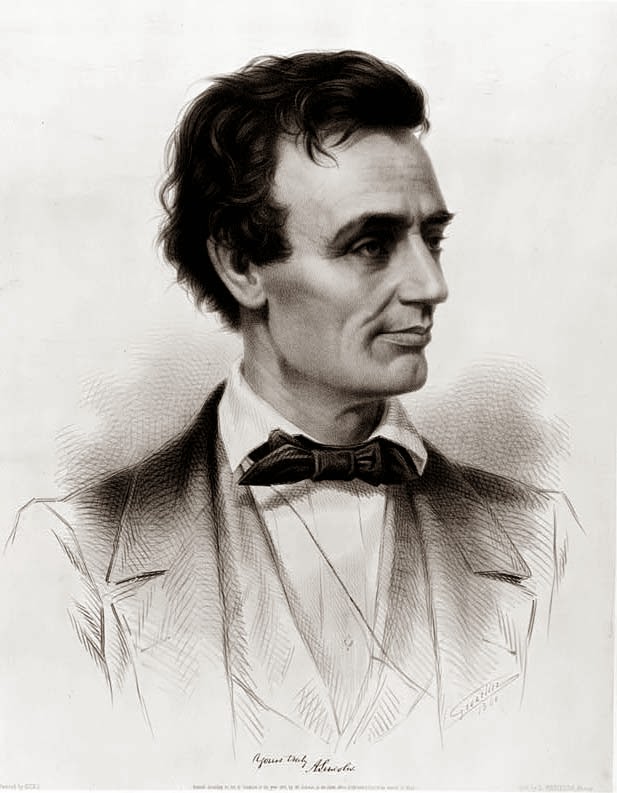 The Crafton Murder Trial Cross-Examination
Abraham Lincoln’s fame as a cross-examiner rests in large part on his decisive use of an almanac to discredit a witness in what history remembers as the Almanac Trial. If we dig into the history books, we can find much better support for the proposition that he was an excellent cross-examiner.
In the late 1980’s the transcript of Lincoln’s last murder case was discovered in a shoe box by the great granddaughter of the defendant. Peachy Quinn Harrison came from a well-to-do family, and they were able to do something that was rarely done in those days—they hired a court reporter to take down the testimony at the trial. Apparently the reporter was providing the defense team with daily copies of the testimony, and Harrison kept the transcript after his acquittal.

The facts of the Harrison case are briefly this: Harrison and another young man, in addition to being political enemies, were apparently rivals for the affection of a young lady. They almost came to blows at a Fourth of July picnic, and afterward exchanged threats and counter threats. Greek Crafton threatened to “whip” Harrison, and Harrison threatened to shoot or kill Crafton if Crafton laid a hand on him.

They came to blows in a drugstore one Sunday morning in August of 1859. Crafton apparently was the aggressor, with Harrison saying he did not want to fight. Crafton grabbed Harrison, and in the ensuing scuffle Crafton suffered a severe stab wound. Harrison fled the scene and it was several days before officers could get him arrested. In the interim Greek Crafton died of his wounds. The Sangamon County Grand Jury indicted Harrison for the murder of Crafton, and the trial commenced on August 31, 1859. They believed in speedy trials in those days.

The star witness for the prosecution was John Crafton, the victim’s brother, who had sustained a severe cut on his arm when he came to the aid of his brother. Lincoln’s main strategy was to portray Greek Crafton as the aggressor. He intended to do this by a concession-based cross-examination getting John Crafton to repeat admissions he made at the preliminary hearing. See Cross-ExaminationHandbook for further discussion of concession-seeking cross-examination. There was no court reporter at the preliminary hearing, but the defense team took notes on the testimony for use at the upcoming trial. Lincoln also wanted to assert facts that either would later be proven by other witnesses or had already been proven by state witnesses, thereby impeaching John Crafton with the contrary testimony. The cross-examination went like this:

Q. About that time

[when the fight began] did you hear either of the parties say anything?
A. No, sir. I don’t remember any such thing. I think I said the first thing spoken in the room. I told Mr. Short to let them loose, that Greek could whip him. [Other state witnesses had already testified to an exchange of words between the two men].
Q. You did not add that “Greek should whip him?” [Another fact already testified to by a state witness].
A. No, sir, but I told him he could whip him.
Q. Did you see anything about the beginning or for a little while of Harrison holding on to one of the counters? [Other witnesses had already testified that Greek accosted Harrison in a drugstore and began pulling him away from a counter, whereupon Harrison got hold of the counter to resist].
A. No sir *** I did not see any holding on.
Q. Were they so far from the counter as to leave no question about it in your mind?
A. I suppose if a man had tried, he could reach the counter from where they were. ***
Q. And then you pulled on him, rather to pull him out of the fight? [Already proven by other witnesses].
A. I could not say whether I pulled him or not. I caught his arm and told him to let them loose. I held on until he pushed me backwards over this south counter. ***
Q. You moved along rather in a row and you came to the boxes first before Greek?
A. No, I think Greek fell about the time I leaned over this counter, pushed by Short. About that time I saw him fall.
***
Q. You did not see the knife when the blow was given?
A. I did not see the knife go into him.
[Lincoln now has the witness reenact the struggle].
Q. I suppose when you told Short to let him alone—that Greek could whip him, that you had the ordinary meaning and wanted Greek to whip him?
A. I thought after they got into the fight that Greek could whip him.
Q. And you wanted him to? [The probabilities were that John wanted his brother to whip Harrison, so asking the question was a win/win proposition. If John admitted he wanted Greek to whip Harrison, it showed bias. If he refused to admit it, he lost credibility with the jury].
A. Well, certainly I did.

We don’t see a dramatic knockout blow being landed in this series of questions, but that happens more on television than it does in an actual courtroom. What we do see is Lincoln asking short, closed, leading questions which asserted facts favorable to his client. He thereby maintained tight control over the witness. If the witness admitted the facts, well and good. If he denied the facts, Lincoln had the contradictions ready at hand for impeachment. A workmanlike effort which outshines the cross-examination techniques of the other lawyers involved in the case.