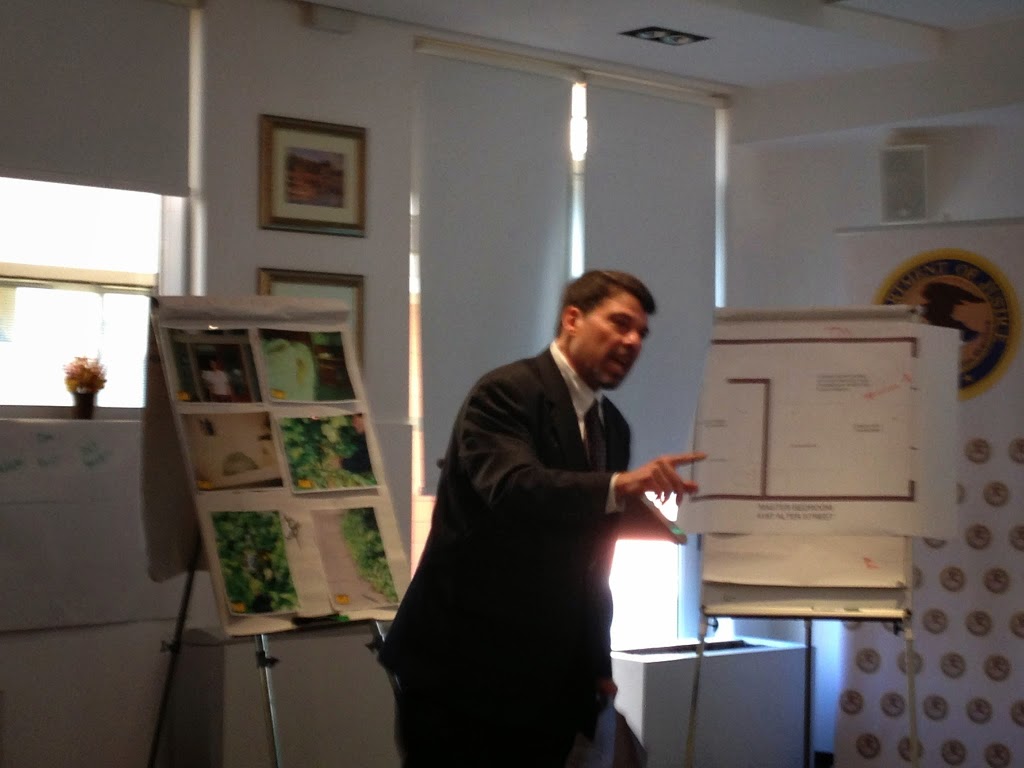 For the past week, I (Ron) have been in Pristina, Kosovo teaching trial advocacy, including, of course, cross-examination. The U.S. Department of Justice offered this advocacy training as part of Kosovo’s effort to implement the rule of law. Kosovo is the world’s newest nation, having declared its independence in 2008. The population of Kosovo is approximately 1.8 million.
The people of Kosovo have great affection for Americans, and they were unfailingly gracious to us.  The U.S. involvement in bringing an end to the Kosovo war is a reason for this attitude, and their appreciation is evident with a statue of Bill Clinton on Bill Clinton Boulevard and American flags flying throughout the city.
Attendees at the course were Victim Advocates. Victim Advocates in Kosovo have a four-year undergraduate degree in the law. Under the new Kosovo Criminal Procedure Code (effective January 1, 2013), they have a new active role in prosecutions. Their new responsibilities include augmenting the prosecution’s case and pursuing restitution and compensation on behalf of victims.
The attendees, like the vast majority of the population of Kosovo, were Albanian. One spoke Bosnian and the rest Albanian. The training was done with simultaneous translations.

The trial advocacy courses consisted of training two groups in two separate sessions back to back. Each training session lasted two and a half days. During the sessions, the attendees learned about prosecuting a case from opening statement through closing argument. Jury selection was not discussed because cases are tried either to a single judge or a three-judge panel depending upon the nature of the crime. The Kosovo criminal justice system is evolving. Besides not providing jury trials, there are many other differences from our criminal just system. Another example is that plea bargaining was not been possible in the past, and every case went to trial.
My co-trainers – Chuck Ex and Scott Thorley – and I lectured, demonstrated how to perform different parts of trial, such as give an opening statement, and worked with the attendees in workshops as they delivered opening statements and closing argument as well as conducted direct and cross-examinations. The criminal case fact pattern that they used is the one provided in Trial Advocacy: Assignmentsand Case Files, 2nd Edition.
Cross-examination was a featured topic with more workshop time devoted to it than any other topic. Chuck Ex (pictured above) lectured on cross-examination and then I demonstrated how to cross-examine with Chuck playing the role of the defendant in a murder case. 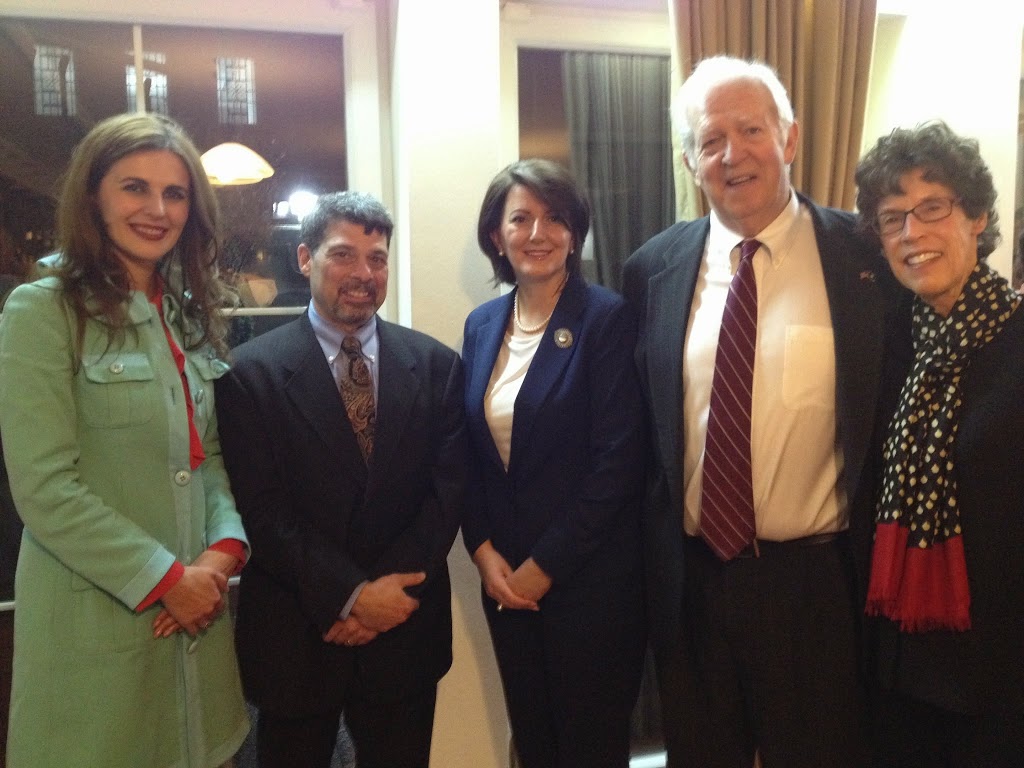 A highpoint of the week was attending an event at the United States Ambassador’s residence hat honored Kosovo’s Forum of Women Judges and Prosecutors. Not only is our Ambassador Tracey Jacobsen a woman but so it the President of Kosovo Atifete Jahjaga. The President is an ex-police chief and only 38 years old. Pictured above are Vlora Citaku (Minister of European Integration of the Republic of Kosovo), Chuck Ex, the President, me and my wife. 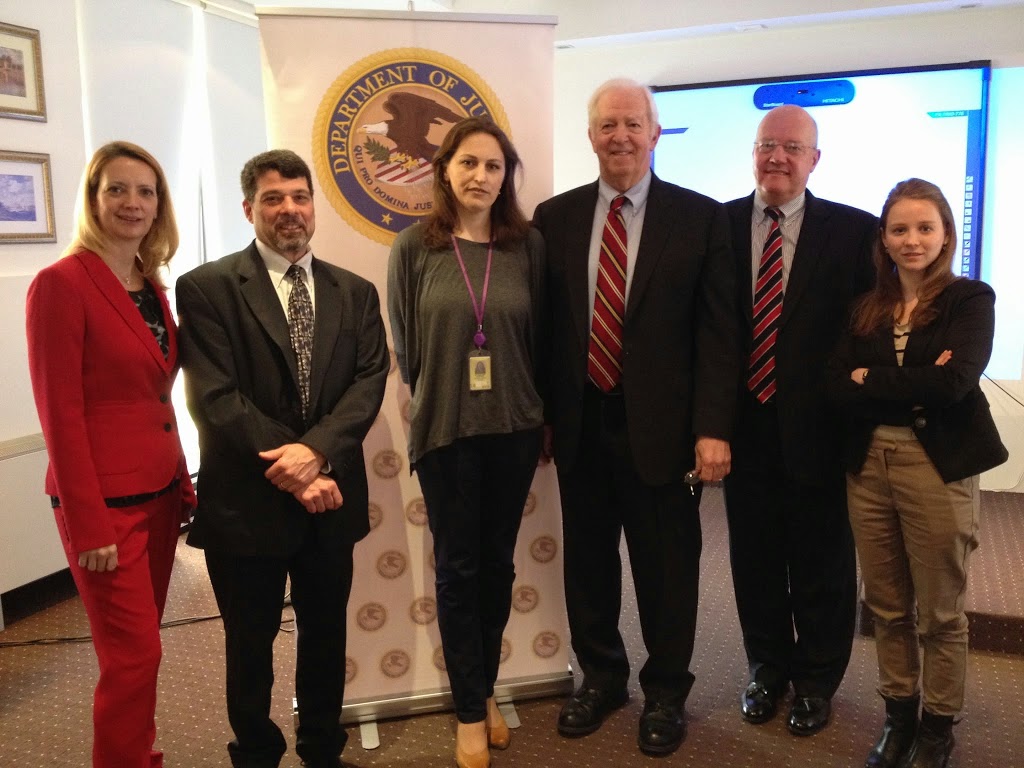 It was an honor to be a part of this ongoing endeavor to improve the cross-examination and other skills of the Victim Advocates and to put into practice the rule of law in Kosovo.