Home/Don'ts for Cross-Examination, Leading vs. Loaded, Lindbergh case/LEADING VERSUS LOADED
Previous Next 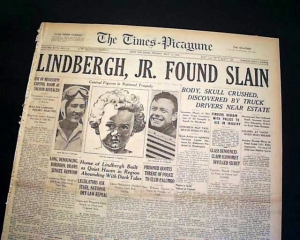 According to the state’s factual theory in the Lindbergh Kidnapping Case, the kidnapper used a homemade ladder to climb into the child’s second story window, and the ladder broke when he climbed back down the ladder with the added weight of the child. The child died from blunt trauma to the head, and it was reasonable to assume that the trauma occurred when the baby hit the ground after the ladder broke. It was also reasonable to assume that the kidnapper would suffer some injury from the fall. The prosecution offered evidence that shortly after the kidnapping, Bruno Richard Hauptmann was walking with a limp. They attempted to prove this fact through the testimony of a neighbor of the Hauptmanns by the name of Ella Achenbach.

Ms. Achenbach testified that Mrs. Hauptmann had told her that the injury was a sprain, and that Hauptmann rubbed his ankle while Mrs. Hauptmann was making this statement. After the conversation about the injury, she saw Hauptmann limping as he left her house.

On cross-examination the defense attempted to show that Achenbach had a grudge against Mrs. Hauptmann because she had presented Achenbach with a bill which Achenbach refused to pay. The cross went like this:

[S]he presented you with a bill for your expenses, didn’t she? Yes or no.
A: I guess that is right.
Q: And you haven’t paid it yet, have you?
A: Oh, my goodness—is that so? Is that what she said?
Q: I am asking you.
A: My daughter was nine years old when she paid—
Q: Have you paid the bill in question?
A: Yes.
Q: When?
A: Well, I will ask my husband.
Q: When was the bill paid?
A: Right after she came home.
…
Q: And isn’t it a fact that from the time she presented the bill to you and you refused to pay it, down to date, you haven’t seen her once?
[Objection by the prosecution].

A better way to have approached the question would have been to set up the inevitable contradiction by Mrs. Hauptmann something like this:

Q: She presented you a bill?
Q: And you didn’t pay it?

The question in this form is leading rather than argumentative, and the defense attorney has a good faith basis for asking it. Mrs. Hauptmann has told him that the bill went unpaid. When, as happened in this case, the question was formulated:

Q: Have you paid the bill in question?

A denial of paying the bill forecloses the presupposition that she didn’t pay it as the basis for another question.
The follow up to either of the questions should be to set up a contradiction by Mrs. Hauptmann. Ask a question or two which indicates that you expect Mrs. Hauptmann to testify that she was never paid, and then when Mrs. Hauptmann testifies, be sure to have her deny that Achenbach paid the bill. A possible line of questioning might be:

This line of questioning is more powerful coming after a denial of your suggestion that she didn’t pay the bill than after a denial of the mere question whether she paid the bill. Whatever the answers are, now that you have suggested Mrs. Hauptmann will say the bill went unpaid, you have assumed an obligation to offer testimony from her that the bill went unpaid. If you handle the issue in this manner, the jury will perceive that you are being fair with Achenbach and giving her an opportunity to dispute Mrs. Hauptmann’s forthcoming testimony about the unpaid bill.