WHAT’S IN A QUESTION?

Home/Aggressive Questioning, Deposition and Cross, Interrogation, Interview, Questions, Tips on Cross/WHAT’S IN A QUESTION?
Previous Next

WHAT’S IN A QUESTION? 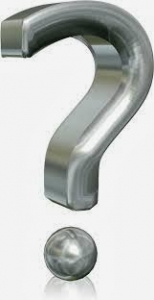 All questions are not created equal. What we are trying to accomplish by questioning determines what questions we ask, and how we ask them. “Have you stopped beating your wife?” is not a question designed to elicit information. Socrates asked questions to make his listeners think, and his methodology led to countless generations of law school students being tortured by the “Socratic method” of teaching. There may be a cornucopia of reasons for asking questions, but in the criminal justice system, the forms of questioning are limited. Each form of questioning, however, serves a useful purpose. Let’s look at the various forms of questioning:

THE INTERVIEW seeks to elicit information from a friendly witness in a friendly non-confrontational fashion. The witness has information which he is willing to share freely, and the officer or attorney simply asks the questions and learns the facts. Actually it’s a little more complicated than that, but for our purposes, that’s all we need to say about the interview.

Once we have interviewed or interrogated a witness or suspect, we know what they have to say, but others do not. If an interview or an interrogation is to be of more than minimal use to us, we must memorialize the interview in the form of a STATEMENT. The statement seeks to take the information we have gained by interview or interrogation and make it useful in one of several ways. It can be used (1) to inform others what the witness has to say, and (2) to inhibit the witness from changing his story. We can call this objective “freezing” a witness’s testimony. “Freezing” a witness’s testimony forms a very important part of investigation and trial preparation. It gives us a moderate amount of certainty as to what the witness will testify to at trial, and if he testifies differently from his statement, we can use the statement (3) to impeach him by prior inconsistent statement. A statement can take a number of forms.

4. Finally, there is the recorded statement. Recorded statements can take the form of audio recordings, video recordings, or stenographic transcripts. Stenographic transcripts make the best recorded statements, but they cost the most. With the advent of smartphones, it is very easy to record a witness statement. Just turn on the record app or video camera and start asking questions. A recorded statement does a marvelous job of inhibiting the witness from changing his story. Every stammer, stutter, and cough is immortalized on tape. Unfortunately, a recorded statement often does a very poor job of informing others as to what the witness says. Meaningless chatter gets recorded. Irrelevant side issues are discussed at length. You can often hear music, train whistles, ringing phones, and barking dogs in the background. The recording gives a false impression of economy of effort. The interviewer feels she doesn’t have to take notes because everything is being recorded.

Each method of taking statements has its benefits and drawbacks. Not every witness should be recorded. Not every witness should be handed a pen and paper and told to write a statement. Experience will tell you when to use which form of statement, but I will make one observation on the subject. We have the least justification for recording friendly, cooperative witnesses and the most justification for recording hostile witnesses and suspects or defendants.

DEPOSITIONS can serve a host of objectives, some legitimate, others not. The primary purposes of a deposition should be the now-familiar objectives of informing us as to the witness’s knowledge, and inhibiting the witness from changing his story.

TRIAL TESTIMONY. When we take the testimony of a witness at a trial or hearing, we shouldn’t be trying to find out what the witness knows. We should already know what the witness knows, and have a firm idea of what part of that knowledge we want the witness to share with the jury. The purpose of trial testimony, therefore, is to inform a limited audience — the finder of fact. DIRECT EXAMINATION usually seeks to achieve this objective in an orderly fashion with a relatively friendly witness. CROSS EXAMINATION often seeks to achieve the objective with a relatively uncooperative witness.