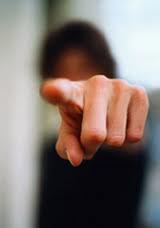 How far has the art of cross-examination progressed in the last century? Has it progressed at all? We can get some indication from Illustrations in Advocacy, a nineteenth century trial advocacy manual by the British barrister, Richard Harris. In a chapter entitled “Several Modes of Cross-Examination,” Harris discusses how, and how not, to cross-examine an eyewitness on his identification of the defendant:

LET us now take an example of a bad and a good cross-examination; and I would like the student to ask at every question herein set down, whether or

[not] he can determine for himself its quality. It will afford some test of his knowledge of the art of advocacy if he can. For I may say that every question I shall give has been put over and over again, even by leaders, without any definite calculation as to its value, or any knowledge of its practical effect, either on the mind of the witness or the jury.

Let us suppose a man to be charged with having, three or four years ago, at a country fair, purchased a horse, and paid for it with a bad cheque. The following cross-examination will disclose all the facts that are necessary to be known. The whole issue is as to the identity of the prisoner.

The first question is right, the second wrong, the third nearly right, the fourth right, the fifth, sixth and seventh utterly wrong, and the man must be convicted!

The first question [Were any other people present?] is right, because the defending counsel knows what the answer will be, and he must elicit it.

The second [How long were you with him on that day?] is wrong, because he does not know what the answer will be, and the witness will understand from its form how to make his reply as telling as he can against the prisoner. The fact which the counsel, however, was desirous of eliciting was all important to the defence, and should have been got out of the witness in favor of the prisoner and not against him.

The third question [Were any other people present?]was nearly right, because it was better to place the man to be identified among a crowd ; but it ought to have been put in a less direct form, for fear the answer should be against the prisoner. The witness evidently answered it as he did, because he thought it told most strongly in favor of his own accuracy and against the prisoner.

The fourth question [When did you next see the man after that day?] was right, because no other answer was possible, as was known to the counsel, not only from information communicated by the prisoner himself, but for many other obvious reasons.

The fifth [Did you know him directly or did you pick him out?] was wrong, because it would be sure to be answered against the prisoner, and could not, in the form in which it was put, be answered in his favor.

The sixth [How do you know him?] was wrong, because it gave the [complaining witness] the opportunity of giving reasons for his belief, making his belief look like a fact.

The seventh [And will you undertake, upon your solemn oath, to swear he is the man?] also was wrong for the same reasons, and also because it was a mere repetition of what the [complaining witness] had sworn in chief. It was not cross-examination at all, and could only confirm the, evidence already given. And, again, it was only asking the man whether he would undertake to do something. So that altogether it was as bad as all the other bad ones put together.

Let us now see another style of cross-examination to the same witness.

No. 1 [Had you ever seen the man who bought your horse before that day?] is asked.

Instead of No. 2 [How long were you with him on that day?], let us ask where he saw the man. Then we shall get the fact, without asking for it or seeming to desire it, that the man was with other people; and the crowd in the fair or in the public house will come out as nicely as possible.

Safely, then, may be asked what time it took place. The witness knows nothing of your object, and answers you to the best of his belief, like a lamb bleating for its mamma, “Twelve o’clock.”

But how, then, having got twelve o’clock, shall we keep them together several hours? By no means. You wonder what time he left the fair to return to his home; and, not knowing what you are driving at, and that presently you are going to do a little mental arithmetic and reduce everything to minutes, the witness tells you that he didn’t stay long after the “ornary” which took place at one o’clock. [In the nineteenth century, an “ornary,” or “ordinary,” was a tavern. When the “ornary” commenced at a country fair, people got drunk.] He is already afraid of making himself drunk, you see, and away he goes home, as sober as a judge, “about two to ha[lf] past.”

You see, you don’t want the answer “several hours;” you will, if you are careful, reduce it to several minutes without a single question with that apparent object.

[Q]. What time had he finished selling?

He sold the last pen just before one, all in good time for the “ornary.”

Things fetched a goodish price that day, he tells you, and you get out that “towards the latter part of the morning the market got a little brisker like, and he, being as shrewd a man as any in the place, had reserved a smart deal of stock till the last, so that between eleven and one he was pretty busy like. And there not being much chaffering about the price of the horse, as you know there seldom is when a rogue buys who doesn’t mean to pay for it, the thing’s done, bless you, and the [complaining witness] too, both by the thief and your learned self, in a few minutes; before he has so much time as to observe whether the man had blue or grey eyes, a brown neck cloth or a white one, a light grey overcoat or a shooting jacket. How could a man after three years, he plaintively observes, almost weeping, be expected to give the color or shape of a man’s coat, or even tell whether he had brown or grey whiskers or any whiskers at all? He couldn’t tell you the color of his own necktie or coat on that day. It is not to be expected.

“Unpossible,” he says “my lord”

Poor soul he doesn’t think what he’s doing, and that he is being turned into as good a witness for the defence as it is possible to have. The learned counsel knew full well that there was not a question he put to this witness that he could answer, try as he might. And further, he has not put one question which, answer as the witness liked, or refuse as he liked, but would have been in the defendants favor.

Let us take any one. Suppose he had said the man who cheated him wore a beard, but added that he had shaved it off since. His case must have been over, if you couple that fact with another fact, namely, that he had never seen the prisoner before or after the occurrence. So of every question; the answer, if near the mark, would have been a guess, and if he could not even guess, his evidence was destroyed. But if you want to pound the poor man still more it is possible to do so. Just try the effect of this upon him:

[Q]. Can you tell me, without looking at the prisoner, what is the color of his eyes?

He certainly cannot; and although he turns instantly to the prisoner, the prisoner as instantly turns his eyes modestly to the ground, so that no information is to be got from that quarter. Now then, as you know perfectly well that the witness has been trying to get a sight of the prisoners eyes, and had not directed his attention to his necktie or waistcoat, you may safely and suddenly ask him about either or both of those articles, and you will find that he cannot answer you.
***
For the most part, Harris’s analysis holds as true today as it did back in 1885. The example cross-examination he gives is both wretched and typical of many modern cross-examinations to identity. Harris’s suggested line of questioning is an excellent example of using the witness’s agenda to further your own. Here the complaining witness did not want to have the jury believe him to be a drunkard, so he had himself leaving the fair early before the drinking got fully under way. Harris’s cross skillfully guided the questioning to allow the witness to further his agenda while at the same time unwittingly furthering the objective of the cross-examination—to destroy the eyewitness identification.
Several different editions of Harris’s book are preserved on the Internet Archive. The edition from which the above quotation was taken can be found at http://archive.org/details/illustrationsina00harriala.