GOOD TRIAL ADVOCACY CAN BE TAUGHT

GOOD TRIAL ADVOCACY CAN BE TAUGHT 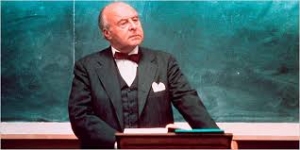 Tigar and Twain on Good Lawyering

Michael E. Tigar in the preface to his book Examining Witnesses (ABA Litigation Bookshelf 1972) expresses the view that good lawyering can be taught, and he supports the thesis with this Mark Twain story:

“I believe that good lawyering can be taught. . . . Mark Twain tells the story of a dozen men on trial for running a game of chance, to wit, ‘seven-up’ or ‘old sledge.’ Their lawyer, old Jim Sturgis, brought witnesses to say that it was a game of skill, but deacons and dominies summoned by the prosecutor pronounced it a game of chance. So Sturgis convinced the judge to put four deacons and two dominies on the jury, along with six old gamblers, give them candles and a couple of decks of cards, and ‘just abide by the result.’ As the deliberations went on, various of the ‘chance’ jurors sent word into court to borrow money from their friends. At dawn, the jury returned its unanimous verdict:

“’We, the jury in the case of Commonwealth of Kentucky vs. John Wheeler, et al, have carefully considered the points of the case and tested the merits of the several theories advanced, and do hereby, unanimously decide that the game commonly known as old sledge or seven –up is eminently a game of science and not of chance. In demonstration whereof it is hereby and herein stated, iterated, reiterated, setforth, and made manifest that, during the entire night, the ‘chance’ men never won a game or turned a jack, although both feats were common and frequent to the opposition, and furthermore, in support of this our verdict, we call attention to the significant fact that the ‘chance’ men are all busted, and the ‘science’ men have got the money. It is the deliberate opinion of this jury, that the ‘chance’ theory concerning seven-up is a pernicious doctrine, and calculated to inflict untold suffering and pecuniary loss upon any community that takes stock in it.’

(Tigar concludes:) “Good lawyering is not a game of chance, or luck, even though both of these may play a role. Day in and day out, in the tournament of trial, skill wins out.”