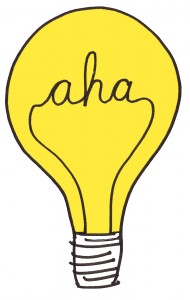 Closing the Loop of Cross in Closing

Cross-examination designed to expose the defect in the witness’s testimony may not be evident to the jurors during the cross. Rather, the loop may be closed in closing argument when you unveil the flaw and the jurors comprehend the full impact of the examination. Michael Tiger describes the effect as follows:

“The goal is to have a working plurality of jurors say ‘Aha,’ meaning ‘We see now the flaws in what this witness has said.’ Many lawyers do not understand that the ‘aha’ can come at many possible times during trial, and need not even be the result of cross-examination. The jurors can choose to discredit a witness because of what some other witness has said or based on some other evidence; effective lawyer argument shows the contradiction and points to the right result. In short, you don’t have to cross-examine every adverse witness.

“Even when you do not cross-examine, the ‘aha’ needn’t occur while the witness is on the stand. Trying to make it appear may lead you to take excessive risks with the witness.

“When Edward Bennett Williams had Jake Jacobsen, ex-Treasury Secretary Connally’s accuser, on the stand, much of the cross-examination was derided by journalistic onlookers as boring. Ed was taking Jacobsen through a long series of prior inconsistent statements, most of them under oath. In some measure, Ed was showing Jacobsen power- that he had measured all these facts about Jacobsen, making Jacobsen reluctant to hazard disagreement with the examiner.

“The main purpose of cross was to lay the basis for closing argument, where the inconsistencies could be spread out again and made part of the story of the case. Then the jurors would say ‘Aha!’”