2ND ROOKIE MISTAKE OF CROSS-EXAMINATION: BEING WITHOUT PROOF

2ND ROOKIE MISTAKE OF CROSS-EXAMINATION: BEING WITHOUT PROOF 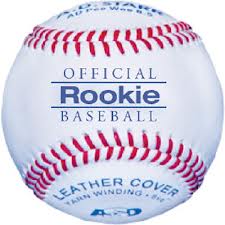 You Know the Cross-Examiner is a Rookie When . . .

A lawyer should never attempt to impeach a witness with a prior inconsistent statement if the prior statement cannot be proven. Some lawyers ask about a prior statement without proof of the prior statement in the hopes that either the witness will admit it or, if the witness denies it, that the jury will believe the statement was made anyway. Whatever the examiner’s motivation, it is unprofessional conduct. Model Rule of Professional Conduct 3.4(e) states “a lawyer shall not in trial, allude to any matter that the lawyer does not reasonably believe is relevant or that will not be supported by admissible evidence, assert personal knowledge of facts in issue except when testifying as a witness. . .”

The biggest error comes when counsel has had a one-on-one interview with the witness, and the witness said something only counsel’s ears have heard. When the witness denies making the prior inconsistent statement, counsel cannot ethically blurt out “But didn’t you tell me . . .?” A cross-examiner cannot become a witness without running afoul of ethical requirements under MRPC 3.7 prohibiting a lawyer from being a witness except under limited circumstances. This rookie mistake can be avoided by always having a prover (person whom the lawyer could call to testify) present or another means of proving the witness’s statements when interviewing a person who is or might become an adverse witness.