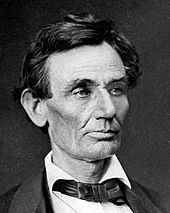 Team of Rivals, Doris Kearns’s popular Lincoln biography. Lincoln, the Spielberg movie based on Kearn’s book that will be up for an Academy Award. Killing Lincoln, Bill O’Reilly and Martin Dugard’s recent bestselling book about Lincoln’s assassination. Lincoln’s everywhere. If that’s not enough last Friday, while visiting my oldest son and his family in Evanston, Illinois, I took my grandson Riley on an overnight road trip to Springfield. A couple years ago, I took his older son on a similar road trip. The mission of these trips was to acquaint the two boys with Abraham Lincoln. Riley is only nine, and he won’t be seeing the movie or reading the books until he is older.

Our first stop was at the Lincoln museum. Riley enjoyed the two films, the exhibits and the museum shop. Here is Riley with the museum in the background.

Next stop as you can see below is the Lincoln Herndon Law office, which is on the third floor of the building. We learned on the tour that each year they use the mock federal courtroom on the floor below Lincoln’s to swear in new members of the federal bar.

I want my grandchildren to learn about the emancipator and the north’s leader during the civil war. They need to know the story of his rise from humble beginnings to become our finest President. Beyond those things, I want them to know about how he practiced law. He can serve as a role model for today’s lawyers. I use him as such when writing and speaking on both pretrial and trial advocacy. Two aspects that have been explored here in earlier blogs are his Creed as a Trial Lawyer and his sincerity.

If the Springfield visit to the Lincoln museum and his office weren’t enough, when we returned to Evanston, my oldest son had just received a new Criterion Collection movie from Amazon that he had to watch that Saturday night. What else could it be but John Ford’s classic – Young Mr. Lincoln.