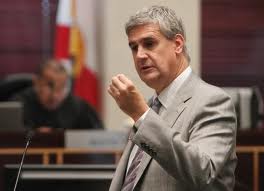 Jeff Ashton’s book about the Casey Anthony case entitled Imperfect Justice: Prosecuting Casey Anthony provides an insightful discussion of the case that captured the attention of people across the nation. I was eager to read the book not only out of curiosity (how in the world did the jury acquit her?) but also because I had gotten to know Jeff (pictured here) when he served repeatedly on the faculty at the National College of District Attorneys in Columbia, South Carolina where I worked for six years. Jeff came to the National Center to teach prosecutors from across the country. I came to know him as a talented instructor and highly respected trial lawyer. His book proves him to also be a talented writer.

What can be learned about cross-examination from the Casey Anthony case? First, when you make a witness a centerpiece of your case by placing him upfront as your leadoff witness, make sure the witness is bulletproof and won’t meltdown on cross-examination. The dangers of selecting a problematic lead-off witness as illustrated by the Casey Anthony case can be found in a related article.

The second point that is vividly illustrated by the Anthony case is that a witness’s anger can be turned to the cross-examiner’s advantage. When the prosecution chose George Anthony, Casey Anthony’s father, as the first witness in the state’s case in chief, it was well aware that the defense would allege that George (pictured here) molested Casey. Beyond that the team knew that defendant Casey Anthony had told therapists that George killed Caylee, his granddaughter by Casey Anthony. 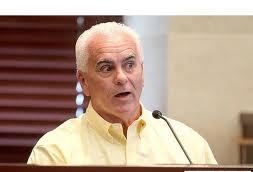 While the prosecution undoubtedly tried to prepare George Anthony to neither lose his temper nor try to outwit defense counsel during cross, that effort failed. Jeff Ashton’s account of the cross describes how pretrial preparation on occasion fails to deter a witness from jousting with the cross-examiner, how an aggressive cross can anger a witness and how painful it is to sit by helplessly watching a meltdown. Ashton describes what happened to George Anthony on cross-examination in this way:

“Rather than saying, ‘No, it didn’t,’ (when defense counsel Jose Baez asked George about the condition of a gas can when it was returned to him) and staying consistent with what he’d said to me only an hour or so before, George started to be difficult with Baez, answering his questions with questions for the sole purpose of frustrating him.

“This was not helpful to our case. George must have hated Jose, particularly because of the latest allegations. I think George may have believed that it had been Baez’s idea to accuse him of abusing his daughter. . . Regardless, one thing I was sure of was that Baez knew how much George disliked him and used it to his advantage. Baez probably wanted the jury to see George’s hostility, and George took the bait. He was not bright enough to read what was happening. I wanted to say, ‘George, just stop playing games, just answer the question,’ but I couldn’t. I’ve always wondered if on some subconscious level George was trying to look guilty. Maybe this was his way of helping Casey. I really didn’t think so, but I wondered. For someone who was innocent, he had a way of making himself appear suspect. I didn’t think it would seriously hurt our case, or lend any real credence to the defense’s baseless accusations, but I knew this was not the face of George that we on the prosecution team wanted to project.” (emphasis added)

Turning a witness’s anger to the cross-examiner’s advantage can be an effective technique that reveals the truth. Unfortunately, it can also be a tactic that leaves a false impression.