LESSONS FROM THE CROSS-EXAMINATION OF OSCAR WILDE

Home/Don'ts for Cross-Examination, Oscar Wilde, Tips on Cross/LESSONS FROM THE CROSS-EXAMINATION OF OSCAR WILDE
Previous Next

LESSONS FROM THE CROSS-EXAMINATION OF OSCAR WILDE 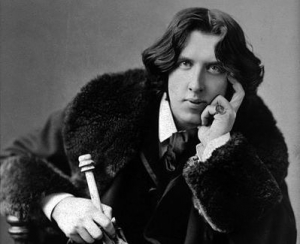 The Maxims of Cross-Examination in an Oscar Wilde Trial

The Marquis of Queensbury, believing that his youngest son was involved in an unhealthy relationship with Oscar Wilde, made every effort to separate the two. Queensbury’s attempts culminated in sending a note to Wilde addressed to “Oscar Wilde, posing as a somdomite.” Wilde responded by suing Queensbury for libel. In order to prevail in the lawsuit, Wilde had to prove that the statement was untrue. When Wilde testified as the prosecuting witness, he admitted to platonic relationships with a number of boys and young men, but denied that there was anything more to the relationships. At the conclusion of the direct examination, Wilde’s lawyer tendered him for cross-examination.
Edward Carson, counsel for Queensbury, stood and began questioning. In his hand he held Wilde’s birth certificate.

Q: You stated your age was thirty-nine? I think you are over forty.

[Carson displayed the birth certificate to the witness]. You were born on 16 October, 1854?
A: I had no wish to pose as being young. I am thirty-nine or forty. You have my birth certificate and that settles the matter.

Carson then embarked on a cross-examination in which he attempted to show from Wilde’s writings that the author advocated romantic relationships between older men and younger boys. Wilde nimbly avoided and evaded the questions, refusing to give Carson a straight answer on any subject. Carson read extracts from the serialized version of The Picture of Dorian Gray which ran in Lippincott’s Magazine. In these extracts Wilde described older men having romantic feelings for boys. After each reading Carson questioned Wilde about the scenes:

Q: Now I ask you, Mr. Wilde, do you think that description of the feeling of one man toward a youth just grown up was of a proper or an improper feeling?
A: I think it is the most perfect description of what an artist would feel on meeting a beautiful young personality that was in some way necessary to his art and life.
***
Q: Then you have never known the feeling you describe?
A: No. It is a work of fiction.
***
Q: But let us go over it phrase by phrase. “I quite admit that I adored you madly.” What do you say to that? Have you ever adored a young man madly?
A: No, not madly. *** I have never given adoration to anybody except myself.

Carson questioned Wilde about several more lurid passages and received a series of flippant, evasive answers. He then questioned Wilde about a series of relationships Wilde had with penurious young men, each one of them culminating in Wild giving the young man extravagant sums of money. Wilde admitted that some of the men had tried to blackmail him, but claimed he gave them money out of pity or contempt rather than fear of exposure.

Wilde probably thought that he was doing a masterful job of deflecting and denying Carson’s questions, but with each deflection and each denial Wilde became more and more illogical. The Carson asked the series of questions which caused the illogic to reach critical mass.

Q: Do you know a young man named Walter Granger?
A: Yes.

Q: Did you ever kiss him?
A: Oh, dear no. He was a peculiarly plain boy. He was, unfortunately, extremely ugly. I pitied him for it.

Q: Was that the reason you did not kiss him?
A: Oh, Mr. Carson, you are impertinent and insolent.

Q: Did you say that in support of your statement that you never kissed him?
A: No. It was a childish question.

Q: Did you put that forward as a reason why you never kissed the boy?
A: Not at all.

Q: Why, sir did you mention that this boy was extremely ugly?
A: For this reason. If I were asked why I did not kiss a doormat, I should say because I do not like to kiss doormats. I do not know why I mentioned that he was ugly, except that I was stung by the insolent question you put to me and the way you have insulted me throughout this hearing.

Q: Why did you mention his ugliness?
A: It is ridiculous to imagine that any such thing could have occurred under any circumstances.

Q: Then why did you mention his ugliness, I ask you?
A: Perhaps you insulted me with an insulting question.

Q: Was that a reason why you should have said the boy was ugly?

At this point Wilde found himself in an unusual situation. The witty conversationalist with the rapier sharp tongue who always had an insult or aphorism on the tip of his tongue was at a loss for words. He actually stammered and stuttered as he tried to get some sort of an intelligent answer to come out of his mouth. Although he attempted several different answers, he completed none of them. All the while Carson peppered him with “why” questions. Finally Wilde got out a coherent answer.

A: You sting me and insult me and try to unnerve me; and at times one talks flippantly when one ought to speak more seriously. I admit it.

Q: Then you said it flippantly?
A: Yes. It was a flippant answer.

Plaintiff’s counsel tried to repair the damage on redirect examination by reading a series of self serving letters, but this merely opened the door for Carson to ask Wilde about a number of lurid letters Wilde had authored. Wilde left the courtroom before the trial was over, and was not present when the jury returned its verdict exonerating Queensbury. This disastrous libel suit led to a series of criminal prosecutions which culminated in Wilde’s conviction of criminal offenses.

Carson made a strong opening by showing that Wilde had lied under oath about so simple a thing as his age, and then embarked on a series of questions which initially gave the impression that Wilde was too smart for him. But as Wilde artfully parried the questions and danced around the points, it became increasingly clear that he was not being candid. Carson patiently allowed Wilde to climb farther and farther out onto the limb, and then pounced when the limb broke under the weight of improbability.

It would have been easy to overlook the significance of Wilde’s flippant remark suggesting that he would never kiss an ugly boy, but Carson demonstrated that he had what every cross examiner needs—a good ear. Wilde served up a slowball over the center of the plate and Carson knocked it out of the ballpark. The maxim says you should never ask a witness why, but Carson had the insight to recognize that sometimes rules may safely be broken. Up to this point in the cross-examination, Carson had allowed Wilde to evade admissions, but he became insistent now. Carson repeatedly brushed aside the evasions and demanded “Why, why, why?” and Wilde had no good answer.

Although Carson’s cross violated several time-honored maxims of cross-examination, it exemplified a number of others:

“In cross-examination, as in the field of pugilism, a knockdown blow scored at the very outset often determines the contest.”

“Give the witness enough rope, and he just may hang himself.”