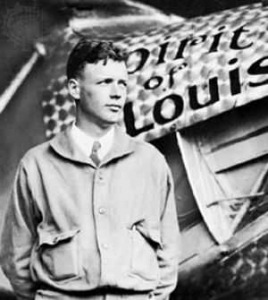 Cross-Examination of the Expert on Silence

One of the key pieces of evidence in the Lindbergh kidnapping case was a shoddily built homemade ladder found on the grounds of the Lindbergh estate. As soon as a qualified crime scene technician arrived at the Lindbergh home, the ladder was examined for fingerprints. At that time the most common method for raising latent prints was to use “dust” which adhered to the invisible fingerprints and made them visible. Leaving no stone unturned, the police asked for the assistance of Dr. Erastus Mead Hudson, who was expert in the use of a new silver nitrate technology which would disclose prints invisible to ordinary dust. Hudson examined the ladder twelve days after the kidnapping and after scores of officers and civilians had handled the ladder. Unsurprisingly, Hudson raised hundreds of fingerprint impressions from the ladder. It was hoped that, if they ever developed a suspect, they would be able to find his fingerprints somewhere among all those hundreds of fingerprint raised by Meade.

When Bruno Richard Hauptmann was arrested for the kidnapping of the baby, they were unable to identify Hauptmann’s prints among all the hundreds of prints raised by Dr. Hudson. Because Hudson was convinced that the kidnapper’s fingerprints had to be among those raised from the ladder, he wound up testifying as a defense witness. Hudson’s testimony hurt the prosecution case, but it could have hurt the prosecution more if the defense had not given the prosecution an opening which they exploited to seriously damage Hudson’s credibility. After having Hudson testify about the absence of Hauptmann’s prints from the ladder, the defense tried to use him to negate the testimony of another expert who had examined the ladder. 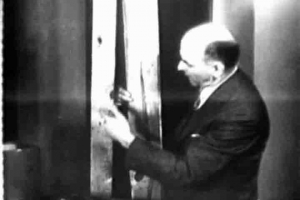 Arthur Koehler, a wood expert with the U.S. Department of Forestry, was able to show that a particular board used to build the ladder had been sawn from a longer board nailed to the rafters in Hauptmann’s attic. Koehler had connected this board (which had been labeled “Rail 16”) to Hauptmann in three ways: (1) He showed that the growth rings on Rail 16 matched the growth rings on the board from the attic. (2) He showed that a plane taken from Hauptmann’s garage made plane marks identical to plane marks on Rail 16. (3) He matched four square nail holes on Rail 16 with four square nail holes in the rafters of the attic.

Hudson’s expertise lay in the area of fingerprints. When he examined Rail 16 he was looking for fingerprints, not nail holes. People frequently fail to notice things that they are not looking for. By trying to stretch Hudson’s usefulness beyond his area of expertise, they rendered him vulnerable to the following cross-examination:
Q: Doctor, will you take a look at your notes? They were made, I take it, about that time?
A: Yes, I think these were made in March, 1932.

Q: Well, there is no doubt in your mind, is there, when they were made?
A: The exact day I am in doubt, but they were made during the month of March.
…
Q: Those were the notes you took the very day then that you were taking the measurements?
A: Yes, sir.

Q: Well, I am referring to your testimony.
A: Yes, that’s correct.

Q: “I remember this rail with the knot and the two nails on each side. I think somewhere in these
charts there is reference to it, if I am not mistaken.” Are you mistaken?
A: Well, with reference to these charts; yes, sir.
…
Q: Those were the notes you took the very day then that you were taking the measurements?
A: Yes, sir.

Q: Well, I am referring to your testimony.
A: Yes, that’s correct.

Q: Please answer the question. Is there any reference to any nail hole in those charts?
A: No, sir; they are not made for that purpose.
…
Q: I see. Well, all right, sir. Now do you remember the number of nail holes in that ladder, in the rails?
A: I remember there was just one nail hole.

Q: Do you remember whether there were any nail holes in the other rails?
A: There was only one nail hole made by a square nail.

Q: Do you remember whether there were any other nail holes in any of the rails?
A: Not that I recall; no, sir.

Q: Exclusive of the rail to which you referred yesterday with the one hole, nail hole. Will you tell me whether or not at the time that you inspected and observed this ladder, you observed any nail holes in any portion of those rails, of any of those rails, exclusive of the nails that would necessarily
come in because of the construction of the rungs?
A: Well, exclusive-

Q: Now please answer the question yes or no. Did you or didn’t you?
A: Exclusive of the rung, I did not see any nail holes.

Q: You did not. Will you say that there are no nail holes in the rails of this ladder, exclusive of the rail to which you testified yesterday and-
A: I would say they were not at that time.

Q: They may have been there?
A: I don’t think so, because I went over it very carefully.

Q: Will you say that they weren’t there?
A: Yes, to the best of my knowledge and belief they were not there.

Q: To the best of your knowledge and belief?
A: Yes, sir.
…
Q: Did you make any notation in any of your notes with reference to nail holes?
A: I haven’t seen the notes for a long time.

Q: Why didn’t you say so in the first place, instead of-

Mr. Pope: I object to the Attorney General scolding the witness.

The cross-examination covered approximately 50 pages of transcript, very few of which pertained to fingerprints. Had the defense limited Hudson’s testimony to his area of expertise, the cross-examination would have been reduced to asking questions in the following vein:

Q: Now you do know, do you not, that men who have had a criminal career use gloves in an effort
to avoid showing finger prints?
A: Yes, sir.

Q: Yes. You know that criminals use gloves when they want to avoid showing finger prints?
A: Yes, sir.

Q: And there is no way of detecting a finger print then, isn’t that so?
A: I think so. The French claim they can do it.

Q: Never mind about the French claim. So far as you know?
A: As far as I know they can’t do it.

On rebuttal the prosecution presented photographs of the ladder made before Hudson inspected it. The four square holes in Rail 16 were perfectly visible. Another rebuttal witness who examined the ladder shortly after Hudson testified that the holes were there, and that he had made a note of the presence of the holes in his report. The second witness didn’t directly refute Hudson, but he did refute the inference that the nail holes were manufactured by the police after Hauptmann’s arrest.

Hudson’s testimony was not destroyed by the cross-examination concerning the nails, but the persuasiveness of his testimony was greatly diminished. Had Hudson been a more careful observer and made notes concerning the holes, his fading memory wouldn’t have gotten him in trouble. Had he not sought to step out of his area of expertise, he would not have gotten into trouble. But the major blame for the debacle must be laid at the feet of Hauptmann’s defense team. Had the defense done their homework, they would have immediately known Hudson was wrong when he told them about the lack of nail holes. Even though they didn’t know Hudson was wrong, they should not have put on his testimony about the lack of nail holes before checking his notes and charts for corroboration and looking through the myriads of photos taken of the ladder to see if they could find a photo either confirming or refuting him.