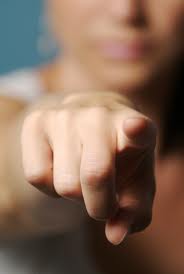 A long time ago in a courtroom far away a young defense attorney whom we shall call Hamilton Mason defended a man named Johnny Lee Johnson on a charge of robbery. The prosecution called its first witness Victor Victim, an older gentleman who wore glasses with incredibly thick lenses. Victor gave a vivid description of how a stranger had assaulted, battered, beaten, bruised, and wounded him, and how the stranger had relieved him of all his worldly goods and left him lying in a puddle of blood at the bottom of a ditch. After having the witness describe every excruciating detail of the robbery, the prosecutor then asked “The man who did all these things to you, is he in the courtroom?”

Victor squinted his eyes and looked hard at the jury; he looked into the audience; then he studied the bailiff, the court reporter, and the court clerk. After a long pause, Victor said, “I can’t say that I see him.” The prosecutor pointed and Johnson and asked “Is that the man who robbed you?” Victor squinted at the defendant and said, “No, I can’t say that he is.” The prosecutor announced no further questions and sat down.

It was now Mason’s turn to question the witness, and he stepped to the podium. The questioning went as follows:

Q: Mr. Victim, would it help you if you got a closer look at my client?
A: I don’t think so. It might.

Q: With the judge’s permission, step down off the witness stand and take a few steps toward my client and tell us if that’s the man who robbed you.

[Witness complies].
A: I can’t say that’s the man that robbed me.

Q: But you do wear glasses, don’t you?