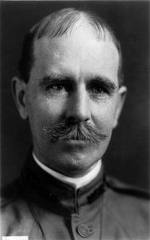 “A criminal trial is a pretty blunt instrument for prising out the truth.” Horace Rumple in John Mortimer’s “Rumpole for the Prosecution,” The Second Rumpole Omnibus. 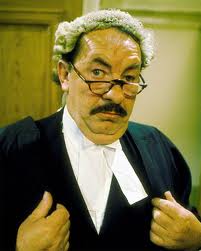 In the debate between John Mortimer and Horace Rumpole on the one side and John H. Wigmore and the Supreme Court on the other, Mortimer and Rumpole make the better point. Cross-examination can be helpful in ferreting out falsehood, but it doesn’t work too well at discovering truth. The advocate should have a pretty good idea of what the truth is before the trial begins, and the trial should be an exercise in disclosing known truth rather than discovering unknown truth. In Cross-Examination Handbook we teach a method for using cross-examination to effectively disclose the truth we already know to the judge and jury. This should be the first objective of cross-examination, with the exposure of falsehood a secondary objective.

The examiners described a number of similarities between the handwriting on the ransom notes and the handwriting of Richard Hauptmann. One of those similarities was that in both the ransom notes and Hauptman’s known writings, “New York” was hyphenated (“New-York”). One of the examiners said that he’d never seen anyone hyphenate “New York.” On cross-examination the defense showed him a number of letters and postcards which purportedly were addressed “New-York.” Each letter and postcard was dutifully marked for identification, and the cross-examination seemed to discredit the examiner. After all, hadn’t the defense shown that “New York” was hyphenated in numerous other documents? No, as a matter of law, they hadn’t.

The defense identified the letters and postcards with the state’s documents examiner, but they never authenticated them with the testimony of the people who purportedly wrote or received the correspondence, and they never offered the documents into evidence. They offered no legal proof that anyone besides Richard Hauptmann had ever hyphenated “New-York.” On the state of the evidence as presented by the defense, you would not be justified in believing that they had proved it was common for other people to hyphenate “New York.” But you might be justified in assuming that the cross-examination was smoke and mirrors designed to mislead the jury.

If you ask a question which suggests a fact to the jury, you have an obligation to follow that question up with a proffer of proof of that fact. Otherwise you expose yourself to the accusation that you have implied a fact which you do not in good faith believe. Hauptmann’s defense team should have either offered the documents into evidence or they should not have asked the questions which implied a “fact” they had no intention of proving.