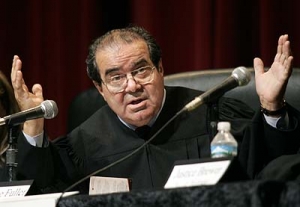 On December 6, 2011, the United States Supreme Court heard another confrontation clause case: Williams v. Illinois. In Williams, a rape case, the appellant contends that he should have had the right to cross-examine the laboratory analyst who generated the DNA profile from evidence taken from the crime scene. Illinois State Police Lab sent the evidence to a private lab in Maryland. The appellate prosecutor for Illinois argues that the defense had the opportunity to question a different analyst who compared the profile to the defendant’s and that this is a common practice and that the report was not introduced into evidence. Federal Rule of Evidence 703 and state rules of evidence allow experts to base their opinions on evidence that is normally relied upon by experts yet not admitted. If the relied upon report is testimonial in nature – intended for future prosecution in the case, shouldn’t the defendant be given an opportunity to confront? The court might again offer the constitutional notice-and-demand statute as a balm as it did in Mendez-Dias. An it’s-too-expensive-to-call-the-analysts argument isn’t likely to cut it with the Court.

Crawford v. Washington, 541 U.S. 36 (2004): testimonial statements of a person unavailable for trial are inadmissible because they violate the Sixth Amendment Confrontation Clause. The decision dealt a blow to domestic violence prosecutions.

Davis v. Washington, 547 U.S. 813 (2006): 9-1-1 call was nontestimonial and therefore admissible hearsay not in violation of the Confrontation Clause. The court along the way referred to the forfeiture by wrongdoing exception to the hearsay rule – a hope for prosecutors.

Giles v. California, 554 U.S. 353 (2008): to fall under the forfeiture for wrongdoing exception it is insufficient that the defendant just intended to kill the person who made the statement, the defendant must be proven to have intended to make the person unavailable for trial.

Bullcoming v. New Mexico 131 S.Ct. 2705 (2011): confrontation clause held violated when lab analyst testified to being familiar with the testing done on the defendant’s blood and lab testing procedures, but the analyst who did the testing did not testify. .

Prediction: Given the Court’s track record and split, the Court will find a Confrontation Clause violation.