WINNING CLOSING ARGUMENT – HOW TO CONCLUDE

WINNING CLOSING ARGUMENT – HOW TO CONCLUDE

The Call to Arms

Prior posts – one on closing argument strategies and another on analogies – have recommended modeling closing arguments after Vincent Bugliosi’s closing argument templates found in his book Outrage, which provides sample closings that he would have given if he had prosecuted O. J. Simpson.

Another Bugliosi book, Helter Skelter, also provides closing arguments that either can be adapted to other cases or at least provide inspiration for what can be done with final remarks. Helter Skelter has been described as the one of the best true crime books ever published. It won a 1975 Edgar Award for Best Fact Crime book.

Charles Manson and his co-conspirators were the defendants in Helter Skelter. The case involved seven people who had been shot, stabbed and beaten to death. 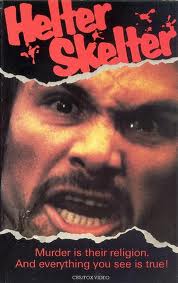 Just reading these words won’t suffice. They must be said out loud to be fully appreciated. Say them out loud. Feel the ringing of the words. Feel the power of the cadence.

Bugliosi’s final words in rebuttal argument were equally compelling; they are described in Helter Skelter as follows:

“I came now to the end of my argument, what the newspapers would call the ‘roll call of the dead.’ After each name I paused, so the jurors could recall the person.
“’Ladies and gentlemen of the jury,’ I quietly began, ‘Sharon Tate . . .Abigail Fulger. . . Voytek Frykowski . . .Jay Sebring . . . Steven Parent . . . Leno LaBianca . . . Rosemary LaBianca. . . are not here with us now in this courtroom, but from their graves they cry out for justice. Justice can only be served by coming back to this courtroom with a verdict of guilty.’”

Again, the impact of these final words can be only fully comprehended when they are said aloud.