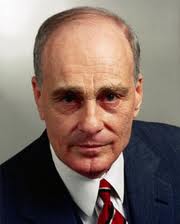 A winning closing argument is often the product of learning from the best of the best trial lawyers, whether it is a how-to technique for delivery or some content for closing. A valuable resource, particularly for prosecutors, is Vincent Bugliosi’s book about the O. J. Simpson case, entitled Outrage: The Five Reasons Why O. J. Simpson Got Away with Murder. Bugliosi was hands down one of the best trial lawyers in America. And, his book is a treasure trove of gems for closing argument.

Why is the book so valuable a guide for shaping a closing argument? First, is packed with illustrative arguments that can with some modification be adopted by trial lawyers to their cases. When Bugliosi’s book editor asked him to write out the closing he would have given if he had prosecuted Simpson, Bugliosi declined, saying that it would be unrealistic because he normally put three to four hundred hours into prepping his own closings and for that case the closing would have filled a thousand pages of transcript. Instead, he wrote out some of his arguments, which are in bold type. Bugliosi’s “Final Summation” chapter is jammed with arguments and runs a hundred pages.

A second reason that his closing argument chapter is so valuable is because it is filled with gems – arguments that have been cut and polished to perfection. It is apparent that Bugliosi did what all good trial lawyers do; he took many of his arguments that he had crafted and delivered in his over a hundred trials (including 21 murder convictions) and adjusted them to fit the Simpson case. They are tried and true arguments. Here we sample a couple of Bugliosi’s analogies:

Octopus Analogy – This is one that, as Bugliosi writes “would have been ideal for the Simpson jury at the beginning of closing argument. . .”

“I wonder if any of you folks have read Victor Hugo’s account of the octopus. He tells us of how it doesn’t have any beak to defend itself like a bird, no claws like a lion, nor teeth like an alligator. But it does have what could be called an ink bag, and to protect itself when it is attacked it lets out a dark fluid from this bag, thus making all of the surrounding water dark and murky, enabling the octopus to escape into the darkness.

“I intend to clear up the water which defense counsel have sought to muddy, so that you folks can clearly see the evidence, the facts, the issues in this case, so that you can behold the form of the retreating octopus and bring this defendant back to face justice.”

Now, that’s a compelling analogy that can be modified slightly to fit a situation where the other side has set out to confuse and confound.

Rope Analogy – This is an argument that Bugliosi writes that he gave in a double-murder case and that the prosecutors could have used in the Simpson case:

“Circumstantial evidence to the contrary, is like a rope. And each fact is a strand of that rope. And as the prosecution piles one fact upon another we add strands and we add strength to that rope. If one strand breaks – and I’m not conceding for one moment that any strand has broken in this case – but if one strand does break, the rope is not broken. The strength of the rope is barely diminished. Why? Because there are so many other strands of almost steel-like strength that the rope is still more than strong enough to bind these two defendants to justice. That’s what circumstantial evidence is all about.”

Bugliosi’s book Outrage should be mandatory reading for every prosecutor, and it’s of value to other trial lawyers as well. Besides, you can get a copy for $10 or less on Amazon. It could sit on a bookshelf next to Interest of Justice by Joel Seideman which is another collection of precious gem closing arguments.