CROSS-EXAMINATION AND THE ART OF WAR – PART 2

Home/Art of War, Tips on Cross/CROSS-EXAMINATION AND THE ART OF WAR – PART 2
Previous Next

CROSS-EXAMINATION AND THE ART OF WAR – PART 2 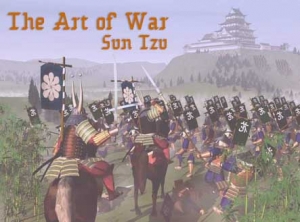 This is the second in a series on the principles of war as described in Art of War by Sun Tzu and how those same principles apply to the cross-examination of a witness. The three principles explored here are maneuver, economy of force and security.

MANEUVER: “Place the enemy in a position of disadvantage through the flexible application of [lines of questioning]. The object of maneuver is to concentrate (or disperse) [effort] in a manner that will place the enemy in a position of disadvantage. . . .”[Ibid]. An excellent example of maneuver in the courtroom comes from the movie, A Few Good Men. There the defense team chose to deal with the adverse testimony of the Government’s medical witness on several fronts. First, they objected to his qualifications, pointing out that he had no training in forensics. Second, through a relatively friendly cross-examination, they raised the possibility that the victim’s death could have come from natural causes. Third, through a confrontational exchange, they suggested that the doctor might be inclined to fudge his findings to cover for his own incompetence in giving the victim a clean bill of health shortly before his death.

The doctrines of primacy and recency also serve as examples of maneuver. We can do a legally sufficient job of making our points in any particular order, but a persuasively sufficient job requires that we order our points in as compelling a fashion as possible. We can analogize a cross-examination to a chess game. Chess is divided into the opening, middle game, and endgame. Volume after volume has been written on the subjects of opening and endgame. Chess masters know that they must start strong and end strong. As it is with chess, so it is with cross-examination. Picking a strong beginning and a strong ending constitutes a good start, but the cross examiner must also arrange his middle material so as bring maximum persuasion to bear on the fact finder.

ECONOMY OF FORCE: “Allocate minimum essential combat power to secondary efforts. . . . Minimum essential means must be employed at points other than that of the main effort.” [Ibid]. Where on the one hand we want to mass our forces on the main objective, on the other hand we want to spend just enough time, energy, and effort on the lesser matters. When we cross-examine a witness, minimal time and effort should be expended on fruitless lines of inquiry, so that we can expend maximum effort on areas which will yield a greater reward for our efforts. If we run the good ship Cross-examination aground pursuing high risk, low payoff lines of inquiry, the fact finder may not be nearly as impressed with our good work on more fruitful lines of inquiry.

SECURITY: “Security results from the measures taken by a [cross-examiner] to protect [him]self from espionage, observation, sabotage, harassment, or surprise.” [Ibid]. In this day of open discovery, our opponent potentially knows all the facts in our possession. What he does not know, and what the opposing witness doesn’t know, is how we intend to use those facts. A hostile witness who knows five questions ahead exactly what we are going to ask, will do his best to torpedo us. In such a situation we may have little hope of getting an unstudied, frank answer. We must sometimes craft our questions so that the witness finds our purpose opaque. Remember, however, that if the witness and opposing counsel don’t know what we’re up to, the jury likely won’t know either. We cannot save the significance of our carefully crafted lines of inquiry for final argument. The fact finder, not knowing the significance of the line of questioning, will have forgotten it by then. We must sequence our questions so as to make full use of the next principle of war.