THE VELVET HAMMER DUELS WITH AN EXPERT WITNESS

THE VELVET HAMMER DUELS WITH AN EXPERT WITNESS 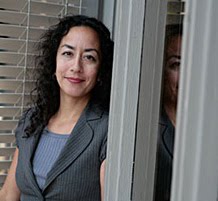 Karen Koehler, known by her adversaries as the “Velvet Hammer,” is a trial lawyer with Stritmatter Kessler Whelan Coluccio, an Adjunct Professor at the University of Washington Law School, a prolific writer and a guest columnist here. What follows is her insightful trial report on her cross-examination of a defense vocational expert:

Oh Blast It! You do the math. I wake up at 7:45. Court starts at 9:00 and on an average day it takes me a little over an hour to make the drive, park, wait in the security line, and run up the seven flights of stairs. And that doesn’t include feeding the dog and letting her do her business.

I jump out of bed, pull the covers back up and prop the pillows (yes, even in times of emergency, I will make the bed). Throw on black uniform hanging on door knob. Put in contacts. Shake out hair. Slap onto my face a few dashes of this and that. Feed the dog. Rinse raspberries that I’ll eat in the car. Make bagel for lunch plus nuts. Run back to say goodbye to my daughter still living at home. Ask her to take the dog out. Hop into car. It is 8:03.

Traffic is medium heavy until I get to the freeway then stop and go. Typical. I reach for the raspberries. Forgot them. Darn. (I eventually make it to court eight minutes late, but the judge is a few minutes behind so whew.).

My good friend Bill Bailey and I teach UW law students trial advocacy. The governing professor gives a lecture. Then in clinic, Bill and I do things (usually) completely the opposite. This gets us into trouble but apparently not enough to get us fired. To cross an expert, the students are instructed by the governing professor to prepare a great outline and only ask leading questions. Here’s what I say. The art of asking leading questions and grilling experts was developed centuries ago. Times were different back then. The law was actually considered to be a noble profession. Now lawyers are viewed one step above or below used car salespeople, depending upon who is doing the poll. If you ask leading questions because you only want the jury to focus on what you are saying, it may backfire – because anything that comes out of your mouth will be viewed with suspicion. If you shut down an expert and don’t let them explain – it looks like you are hiding important things from the jury or trying to twist the expert’s words.

Cross can be high drama in trial. Pre-scripted, detail oriented questions are approaches that work for many lawyers. I just don’t feel that it works well, for me. I like being in the moment. I like hand to hand combat. I like the thrill of moving toward an outcome without worrying about whether I am walking a path correctly in the process. I like locking eyes. I like being Tom Cruise to their Jack Nicholson (A Few Good Men’s trial scene – one of my absolute favorites). I like them not knowing where I’m coming from. Or going.

I develop my outline of the defense vocational expert during direct:

I won’t recount all of it, but here are the two things that tickle me the hardest. First, I ask him a simple question – what is he being paid on this case. He doesn’t know. He can’t guess. He can’t estimate. You know, if he had just given a ballpark amount on this case, I would have left him alone. But he wants to play dumb. So I want to show the jury just how dumb dumb can be. (Pretty dumb).

Second, I want him to get off his throne. I ask him to write out T’s injuries on the paper board. He doesn’t want to. He’s not a medical doctor. Surely since you read the ten thousand pages of documents (he waved them around to the jury during direct), you can list us the conditions. He whines. The judge tells him he can use his notes. Nope, still doesn’t want to. Opposing counsel makes an objection that he’s not a medical doctor (well I’m glad that’s straight). I ask isn’t it important for him to know the conditions of the person he is evaluating. Still don’t wanna. I’m Zorro. Slicing his clothes, nicking him here and there. Eventually the opposing vocational expert heaves himself out of his chair. He manages to outwardly conceal his anger (but I can feel it). And this is what he writes:

1. Concussion
2. Depression
3. Anxiety
4. Pain/physical
5. Stress
He quickly sits back down. Hahaha. Not exactly right. Instead of grilling him on each item, I just pick one. Number 4. What parts of her body were causing pain or physical complaints. What do you think – does he have a ready answer. Is he sharp and right on point. Uh that would be no. My little rapier is placed against a tender part. I can insert it and be done with it. But I don’t. Because I want the jury to finish the deed.

Time to go over instructions and a few motions. I’ve gotten an email. My mom is in the hospital. I won’t violate HIPAA but I can say this. If your mother is 77 and Chinese and won’t do anything unless she first consults with a pendulum (in this case a polished rock on a silver chain). And if she won’t take western medicine and relies upon supplements that come in a green box and are written in Chinese. And she can’t read Chinese. Then you know what my family is dealing with.

Drive to the hospital. Two of my daughters, my daughter’s boyfriend, my sister and brother are there. My mom is feeling better. She asks, ” How’s trial going?” “Fine.” “Are you winging it?” “What?” “Well, you came into the case just before trial – so are you winging it?” I respond with something about being a quick study and that my style is to engage. She looks at me and says, “Yeah, you’re winging it.”