THE AUDIENCE OF CROSS-EXAMINATION

THE AUDIENCE OF CROSS-EXAMINATION 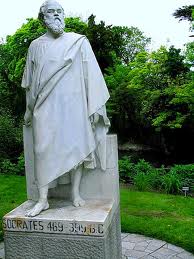 Whenever we rise to our feet to conduct the examination of a witness, we must always be cognizant of our audience. One group of jurors might think a cross-examination brilliant while another might think the lawyer a bumbling fool or—worse yet—an arrogant vulgarian. We have not done our client any good when we perform a cross-examination that makes the evening news but loses the jury.

Some examinations which history remembers as shining examples of the advocate’s art actually did nothing to advance the examiner’s case before the jury. Clarence Darrow’s “cross-examination” (it was actually an adverse witness direct) of William Jennings Bryan, which was immortalized in the Spencer Tracy-Fredric March movie Inherit the Wind, is remembered by posterity as a tour de force of the cross examiner’s art. But the jury never heard it.

Another famous cross-examination which failed to advance the examiner’s case occurred over 2,000 years ago in the law courts of Athens. Socrates had been summoned before the Athenian court and charged with the capital offenses of impiety and corrupting the youth of the city, and he defended himself against the charges with a rigorous cross-examination of his chief accuser, Meletus.

When we read Plato’s transcript of that cross-examination in the Apology of Socrates, we see that Socrates was anything but apologetic as he systematically dismantled his accuser:

Q: Come hither, Meletus, and let me ask a question of you. You think a great deal about the improvement of youth?
A: Yes, I do.
Q: Tell the judges, then, who is their improver; for you must know, as you have taken the pains to discover their corrupter, and are citing and accusing me before them. Speak, then, and tell the judges who their improver is.
A:

We might well ask why the smartest man in the world would pursue such a suicidal course of action. Socrates, who was in his 80’s, was less concerned about winning his case before the jury than he was about vindicating himself to posterity. His cross-examination of Meletus was a resounding success at achieving the objective of vindicating him to posterity.

As practitioners, we will seldom represent clients who will want to sacrifice their cases on the altar of achieving some other objective. We must always remember that our objective as trial lawyers is to win the case at trial. In order to do that we must win the jury. We must tailor our cross-examination to appeal to the jury we have in the courtroom.