CROSS-EXAMINATIONS IN THE EVOLUTION AND CREATIONISM TRIALS

CROSS-EXAMINATIONS IN THE EVOLUTION AND CREATIONISM TRIALS 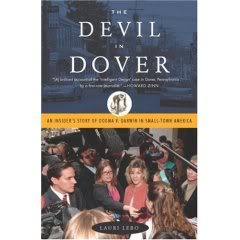 The Scopes and Dover Trials

Cross-examination Handbook delves into the Scopes trial, focusing on Clarence Darrow’s examination of adverse witness William Jennings Bryan utilizing the reduction-to-the-absurd technique to defeat him. And, some say that the ordeal contributed to Bryan’s death five days after the trial.

While the 1925 Scopes trial involved the prosecution of a football coach for teaching evolution in violation of a Tennessee statute, a converse case alleging that elected school board members were trying to force religion, called intelligent design, into the school’s curriculum was filed in 2004. Kitzmiller et al. v. Dover Area School District, was brought by 11 parents of children in Dover, Pennsylvania, and cross-examinations of the school board members were the crowning jewels in the plaintiffs’ case. The full story of the Dover case is chronicled by journalist Lauri Lebo in The Devil in Dover: An Insider’s Story of Dogma v. Darwin in Small-Town America (New York Press 2008).

Depositions of the school board members served as the building blocks for plaintiffs’ counsel’s cross for it was during the depositions that they unexpectedly prevaricated. During board meetings, the members, particularly Alan Bonsell and Bill Buckingham, had publicly stated their concern that the biology curriculum contradicted fundamental religious beliefs and their desire to introduce creationism into the classroom. Their public statements had been recorded and reported in the news.

Through concession-seeking questioning, plaintiffs’ lawyers set out during the depositions to confirm the board member’s creationist remarks. They planned to use the concessions to get a temporary restraining order based on the United States Supreme Court decision of Lemon v. Kurtzman that prohibited the teaching of creationism in the public schools. But, the board members decided to either claim they didn’t remember or to deny that the subject of creationism came up at board meetings. The recordings of the board meetings were conveniently erased. Eventually the journalists who reported on the meetings testified at the trial that the board members had indeed discussed creationism.

During board member Buckingham’s deposition, he repeatedly swore that he did not know anything about an anonymous donation of sixty copies of Pandas and People, an intelligent design text, to the school district. This set up plaintiffs’ attorney Steve Harvey’s cross-examination of Buckingham at trial. Harvey produced Buckingham’s $850 check made out to the father of fellow board member Alan Bonsell’s and on the subject line of the check was written “Pandas and People books.” Alan Bonsell channeled the books through his father to the school district.

Having caught the witness’s lie with the check, Buckingham admitted he convinced his church congregation to contribute the money, which he then put in his bank account. Harvey then read Buckingham’s deposition in which he repeatedly claimed he didn’t know where the books came from. Journalist Lauri Lebo gives this account of what happened next.

As Harvey read his words back to him, Buckingham fidgeted. His cane kept getting stuck in a crack in the witness stand. Buckingham found it distracting. But everyone else in the courtroom seemed focused on the one point Harvey was driving home. Buckingham tried to hide the source of the money because it revealed his religious motivations.

Shortly after that Judge Jones, whom the journalist describes as having “his jaw clenched” stopped the line of questioning stating, “. . . you’ve made the point very effectively . . .”

Harvey’s cross was persuasive; it told the plaintiffs’ story that the board members were trying to introduce creationism, disguised as intelligent design, into the public schools and were willing to go to great lengths, including lying, to conceal their motivations. Beyond that, as will be discussed in a part 2 discussion of the Dover case, the cross drove Judge Jones to take extraordinary measures. Just as Darrow’s examination of Bryan in the Scopes trial was a key to the outcome, so too were plaintiffs’ counsel’s examinations of board members important to the outcome of the Dover trial.