CO-AUTHOR’S “OUT OF THE ASHES” FILM

CO-AUTHOR’S “OUT OF THE ASHES” FILM 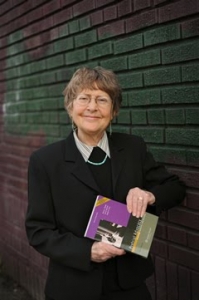 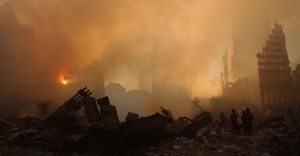 My advocacy books’ co-author, Marilyn Berger, was the executive producer, writer and co-director of a forceful new documentary that explores the controversial September 11th Victim Compensation Fund created to reimburse those who were injured or lost family members in the terrorist attacks. The film is currently being screened around the country. To view a trailer for the documentary, learn more about the project and learn about attending a screening or obtaining a DVD, visit the website for the film.

The following is a brief description drawn from Seattle University’s announcement about this documentary:

“‘Out of the Ashes’ tells the stories of seven 9/11 families and how they struggled to make sense of the tragedy – and how they chose to deal with the fund that was designed to help them put their lives back together. . .

“The film explains how the Fund was created and implemented, portraying both its strengths and its weaknesses. Featured interviews include Kenneth Feinberg, the Special Master of the Fund, who is now overseeing the $20 billion fund to pay claims related to the BP Gulf oil spill. . . .
“The film raises important questions: Did the Fund undermine the legal system, as its critics claim? Or did it offer victims a way to avoid the extraordinary cost, complexity and excruciatingly slow pace of a lawsuit? And if the Victim Compensation Fund was the right thing to do, do those affected by other tragedies like Hurricane Katrina, the Oklahoma City bombing, and other disasters also deserve compensation? If so, is this Fund, with its methods for calculating the value of a human life, an appropriate model?”
By Ron H. Clark|January 24th, 2011|Movies, Sept. 11th, Settlement, Victim Compensation Fund|1 Comment