The Steven‘s Ethics Trial and the Prosecutors’ Ethics

No topic gets more attention in my Seattle University Law School Pretrial Advocacy class on criminal case discovery than the prosecutor’s responsibility to turn over exculpatory information. Violating the duty can lead to disastrous consequences. A prosecutor can lose the case – do it right or do it again. The prosecutor can be reprimanded, destroy his reputation, lose her ticket to practice law and even risk contempt.

All these potential consequences might await on the horizon for the United States Attorneys in the Senator Stevens’ case. Doing it again isn’t going to happen; there will be no retrial. Charges have been dismissed with prejudice. It’s a train wreck.

How ironic that a prosecution of Ted Stevens for ethics violations ends with Stevens walking away claiming vindication and the United States attorneys facing charges of ethics violations and potentially contempt of court and ruined reputations. 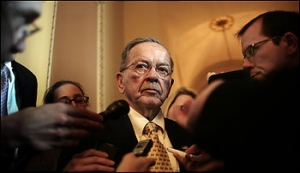 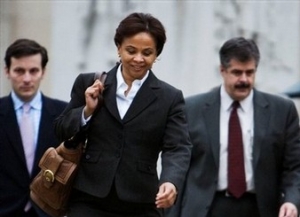 It’s so simple that a prosecutor’s discovery responsibilities can be summed up this way: if it hurts, give it up. The ethical responsibility is spelled out in Rule of Professional Responsibility 3.8(d). The prosecutor’s constitutional obligation was articulated in Brady vs. Maryland in 1935, and it has been said that every prosecutor’s office should have this declaration of a prosecutor’s role on a prominently displayed plaque:

“The United States Attorney is the representative not of an ordinary party to a controversy, but of a sovereignty whose obligation to govern impartially is as compelling as its obligation to govern at all; and whose interest, therefore, in a criminal prosecution is not that it shall win a case but that justice shall be done. As such, he is in a peculiar and very definite sense the servant of the law, the twofold aim of which is that guilt shall not escape nor innocence suffer. He may prosecute with earnestness and vigor–indeed, he should do so. But, while he may strike hard blows, he is not at liberty to strike foul ones. It is as much his duty to refrain from improper methods calculated to produce a wrongful conviction as it is to use every legitimate means to bring about a just one.”